About Kingsdown » A Brief History of Kingsdown
Add comments

The area was called ‘Kingsdown’ because it was used, in the Middle Ages, to exercise the King’s horses for the Royal Garrison of Bristol. It became more important in the seventeenth century, as the Civil War loomed, and the 13-gun Prior’s Hill Fort was set up in what is now Fremantle Square – see the plaque. Earth ramparts linked the fort to the small Colston’s Redoubt at Montague Place (and beyond that to the Royal Fort) on St. Michael’s Hill. 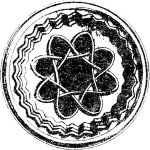 THE NAME It is said that in medieval times the plateau at the top of hill was used as the exercise ground for the soldiers and their horses garrisoned at the Royal Castle – hence the name, originally King’s down. 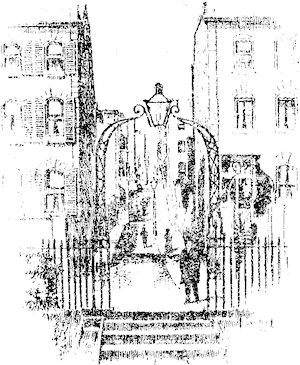 THE LAND, on which the suburb was built, was part of the extensive estate of the Benedictine Priory of St James, founded 1129. The Priory was surrendered to the agents of Henry VIII in 1541 and, three years later, its buildings and land were granted to Henry Brayne, a merchant tailor. His descendents gradually disposed of their inherited lands, selling the Kingsdown fields in 1667. It was the family of the new owner, a brewer called Henry Dighton, who, during the following century, sold off the land piecemeal for development. 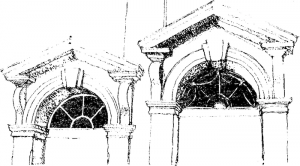 The first residents were generally from the professional and mercantile classes, who wanted to move out of, but not far from their businesses in the crowded smoky city. A new house on the heights of Kingsdown, offering fresh air, lush gardens and panoramic views was exactly what they desired. The new suburb retained its popularity during most of the 19th century until increasing urbanisation, improved transport links and competition from newly residential Cotham and Redland made Kingsdown less attractive. 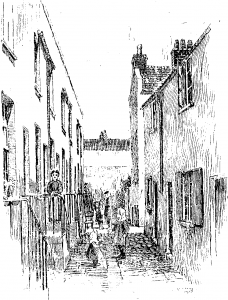 THE 18th CENTURY SUBURB Roque’s map of 1742 shows house building on Marlborough Hill, some plots prepared for development at the west end of Kingsdown Parade and the lower slopes laid out streets and courts. But the new suburb was slow to grow. Over the next 40 years, building was sporadic and small scale with houses built singly or in pairs.
It was only in the last two decades of the 18th century that substantial planned development occurred when Kingsdown Parade and Somerset Street were built up. By the end of that century, the Georgian suburb was almost complete.

THE 20th CENTURY As movement to the outer suburbs increased, many houses were given over to multi-occupation. Some were still without modem sanitation and were allowed to fall into disrepair, verging, in a few cases, on dereliction. In the 1950s ambitious slum clearance plans and proposed grandiose road schemes effectively blighted the whole area. In addition, the Hospital Board was intent on acquiring houses, at minimal cost, for future expansion. Kingsdown’s fate hung in the balance. It began to look as though what had been described as the finest Georgian suburb outside London could be swept away. 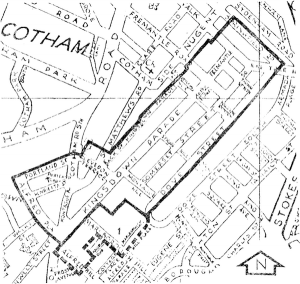 [Illustrations by David Mellor from ‘A Kingsdown Community’ by Penny Mellor. Copies of this book, essential reading for anyone interested in the area’s history, may be obtained from the author at 52 Kingsdown Parade]

Then slowly, in the late 1960s, attitudes began to change. A strong campaign against the indiscriminate demolition of the modest houses on the lower slopes and replacement by the large out-of-scale slabs and roads that cut a swathe through historic street pattern had raised appreciation of what remained. Soon young couples search of affordable homes began to discern the elegance and potential behind the shabby facades. Many moved in and started the long process of sensitive restoration. 1971 old and new residents, determined to protect their area, came together to form the Kingsdown Conservation Group. Then in 1973 came official recognition of the importance of preserving its unique character when Kingsdown was designated a Conservation Area. 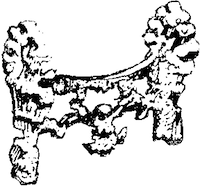 11 Responses to “A Brief History of Kingsdown”